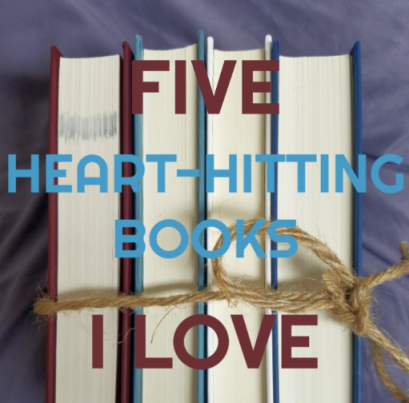 Hola, mi gente! Today I’m coming at you with a darker more serious post. First I must warn there will be discussion and mention of transphobia, homophobia, addiction, pedophilia, and rape along with the mention, but no discussion, of multiple other possible triggers. If you do not feel comfortable do not continue with the post. Your mental health goes first.

I love hard-hitting books. I don’t know what that says about me but I usually give these books 5 stars. In this post, I will be mentioning five heart-hitting books that I read this year and absolutely loved. 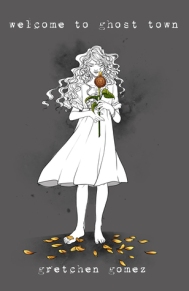 This is my all-time favorite poetry collection. Gretchen Gomez just has a way with words that really hits you. The first time I read it, I was constantly sharing her poems on my Instagram story and only stopped because I wanted people to read it. I’m even currently rereading it even though I read it for the first time this year. Soon I will be sharing a review so you can see my more in-depth thoughts. Trust me, these poems will grab you and destroy you and you will love every second of it. They are both heartbreaking and empowering.
I must give a warning and say that some of these poems might be triggering but bless her soul because at the beginning of the book next to the table of content she lists all the possible triggers. That way if you bought the book without checking them and want to know you don’t have to go to Goodreads to check them out. She does the same thing at the bottom of the pages that divide each theme. This is perfect because it isn’t front and center for those that don’t want to know but it’s there for those that want to be warned. Please, just give it a chance, support an amazing self-published writer. The kindle version is just $4.99 and the physical copy is $9.99. I promise it’s worth every cent.

Yes, they’re a lot but if you can handle it give it a try. 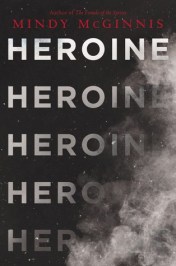 I’m going to start by saying that this book is now one of my all-time favorite books. In this story, we follow an athlete who gets injured and her journey from starting pain medication to getting addicted to heroin. When I first heard of this book I was intrigued but I went to it cautiously and with very low expectations. I hated like hated The Female of the Species so I wasn’t sure if I should try it. I was told not to read it if I didn’t like The Female of the Species but I ignored those comments, looked it up on Scribd, and listened to it in two days. It’s just so good and hard-hitting. It felt raw and real. The audiobook made it all better. It’s one of the best audiobooks I’ve ever listened to, not because it has a full cast or sound effect but because the narrator made it feel like a real story. It felt so real that I must warn you to tread lightly. If you are an addict or a recovering addict please DO NOT read this book as it’s EXTREMELY graphic.

List of possible triggers: extremely graphic imagery of drug addiction and drug use.

3. Girl Made of Stars by Ashley Herring Blake 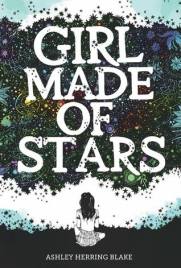 All of the books on this list are hard to read because of different reasons. This one isn’t the exception. This book is about a girl whose twin brother, whom she’s very close to, is accused of raping her best friend. It’s her struggle of wanting to believe her brother, their relationships, and how she actually believes her best friend. The reason why this book, in particular, hit me so hard is that I am very close to my brother and I can’t imagine being in her position. This story is gorgeous and heartbreaking and just read it, okay? I must warn you that like most YA there’s a completely unnecessary romance

Talking about rape, here’s another one.

4. The Way I Used to Be by Amber Smith 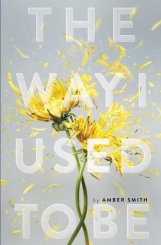 Amber Smith did it again. She’s one of my favorite authors and I am happy to read another of her books. This story is similar to Girl Made of Stars but in this story, the main character gets raped by her brother’s best friend. I must say a lot of people don’t like this book. They say the main character is unlikeable but that’s kind of the point. It’s how she became this mean person with self-destructive behavior as a way to cope. I believe that this story is well done and realistic. People just seem to forget that everyone copes with trauma in different ways and expect every story about trauma to follow the same tropes. 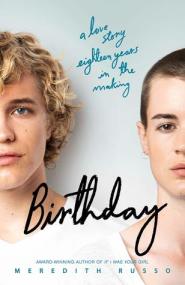 This is another of my all-time favs. This book is amazing but oh so heartbreaking. It’s about a set of best friends who have been best friends for forever as they were born in the same hospital on the same day. One of them is a trans girl named Morgan—it’s an own voices novels—who’s closeted and struggling to come to terms with it. The other is a straight boy named Eric who is confused as he thinks Morgan a boy but has feelings for her. It’s a very heartbreaking and extremely hard to read love story 18 years in the making. One of the interesting pars of this story is that it’s told on their different birthdays from when they turned 13 to when they turned 18.
List of possible triggers: bullying, homophobia, and internalized transphobia.

Well, those are five hard-hitting novels I read this year and loved. I hope I’ve convinced to read at least one of them.

View all posts by Wink